Above is a favorite quote that has adorned my refrigerator for years. Over the years the practice of gratitude has served me well. However, as the concept of gratitude’s value became mainstream it has almost become something to accomplish. Like our daily steps, “gratitudes” are now something we count—a mindful way to increase our happiness quotient.  Fortunately, I recently began to add Krista Tippet’s “On Being Podcasts” to my gratitude practice. Krista’s interview with Ross Gay and their discussion of his Book of Delights has inspired me to begin looking for delights. 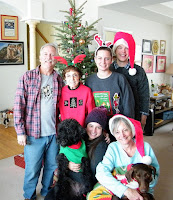 On August 11th, we attended the memorial service of Charlotte Peterson, our daughter-in-law’s grandmother. Delight was not expected, however it was found.

The piano itself was beautiful and the pianist was talented. From the podium in the church sanctuary Charlotte’s granddaughter Jessica used the word “kickass” as a descriptor for her grandma. (Jessica credits Charlotte for teaching her sassy is acceptable.)

The most surprising delight was the minister’s use of a one of my least liked scriptures. (Several passages in the bible have God’s messengers messing up the Message! This one with the Canaanite woman is especially troubling since the messenger is Jesus.) When Matthew 15:21-28 was read I may have actually shaken my head in dismay. And, when the minister took the podium to begin the eulogy he admitted the choice also confused his secretary.  (She even called to make sure he was not the one confused.) The minister smiled. He had chosen this passage specifically for Charlotte who was the definition of tenacious when it came to the welfare of her family.

The minister went on to present a new-to-me view of this biblical passage where Jesus tells a woman that his ministry was not for her—going so far as to compare her to a dog to which he would not throw away good food. The Canaanite woman held firm. “Even a dog gets table scraps,” she said. And, thankfully, Jesus lived up to his calling.

My new synopsis:  An outsider—a female outsider no less—stood up to having-a-bad-day Jesus and invited him to live up to his “The greatest of these is LOVE” message. I was delighted to take a new look at a scripture I’d trashed and at the same time learn more about my strong daughter-in-law’s feminist/womanist grandma.